Archdruid is a competitive spacial puzzle game with clever hand management mechanics and arena-style player interaction. Players race to score points by collecting gems off a grid of cards, collecting cards to gain new abilities, and then turning in gems and cards for points!

In Archdruid, players will race to clear the forest of demonic corruption by siphoning magic from and then taming fey and demon creatures. The player that best uses their tamed creature’s abilities will be awarded the prestigious title of Archdruid!

The game is a brain-burning spacial-puzzle and hand management game. Through simple rules that are explained in about 10 minutes, players can jump right in. But with strategic hand building, and a tactical movement and collection puzzle, many styles of gamers will enjoy Archdruid’s quickly ramping complexity.

This game rewards clever use of each card’s “recover” ability. Cards can only be used for the game’s main actions once, and are down on the table until they are recovered back into the player’s hand. Each card has a unique way it is recovered; some sort of cost that must be paid. However, most of these “costs” can be twisted to the player’s benefit, giving players situational options to get ahead of their competition.

Players can, in any order: 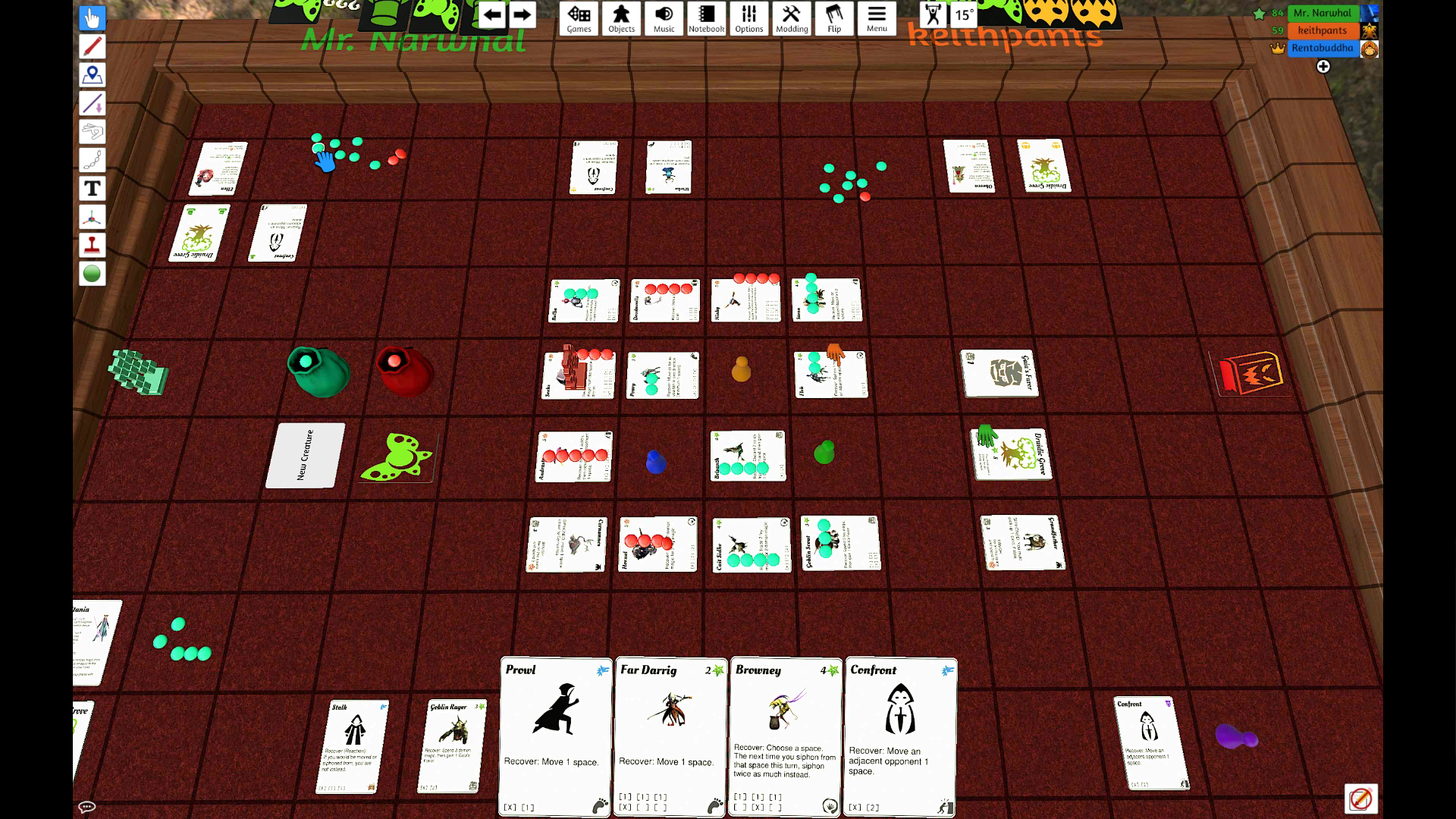 Please contact me at themysteriouslever@gmail.com to request a virtual demo using Tabletop Simulator!

Archdruid has gone through many changes in the last year, and has been playtested dozens of times to get to where it is. While I tweak and modify something nearly every time I play, there have been “major version” updates that I can show through a few captured pictures (from those times I remembered to take pictures!).

The current version, with a solid deck of cards, streamlined point system, and the novel “recover” mechanic. 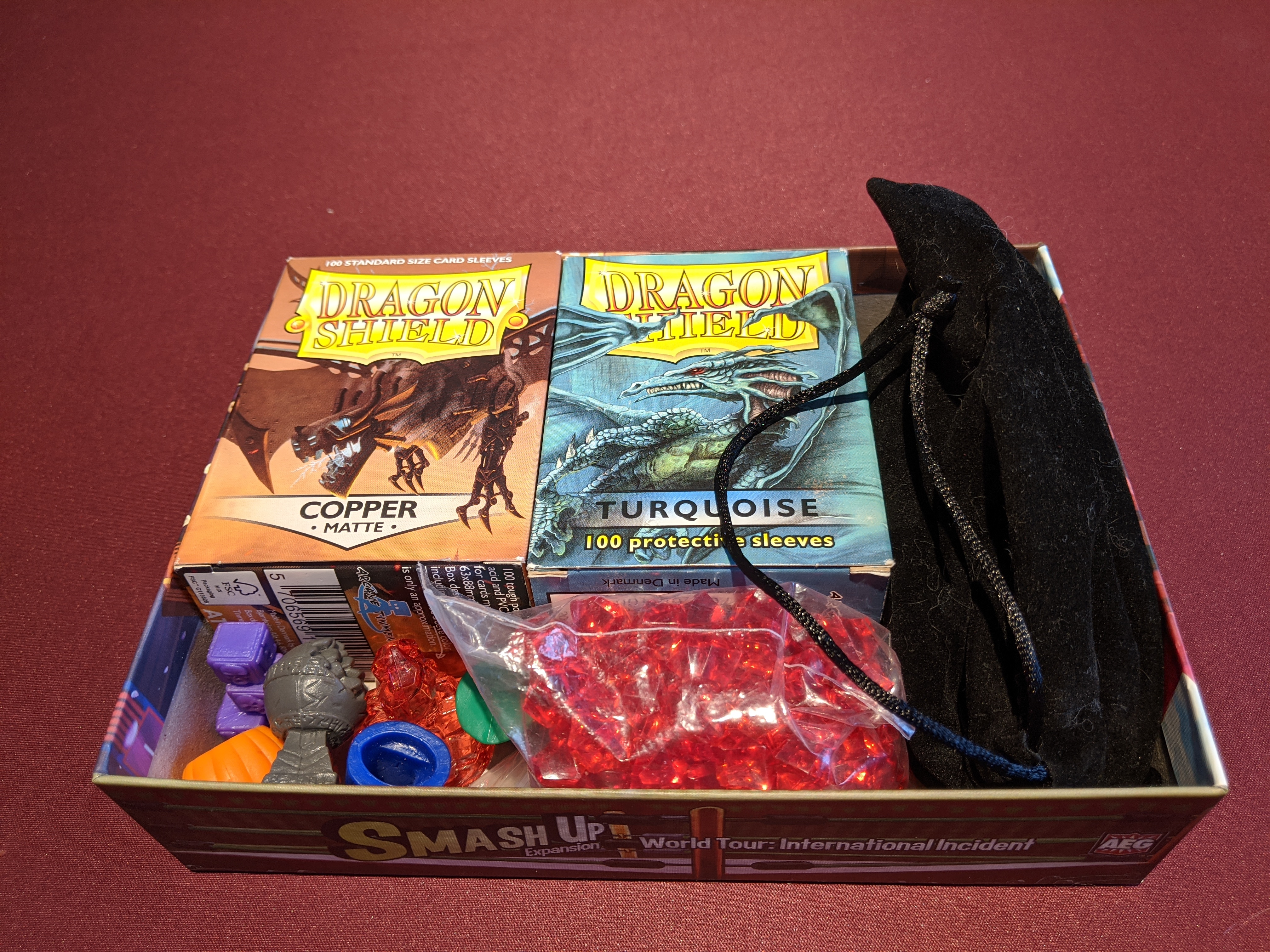 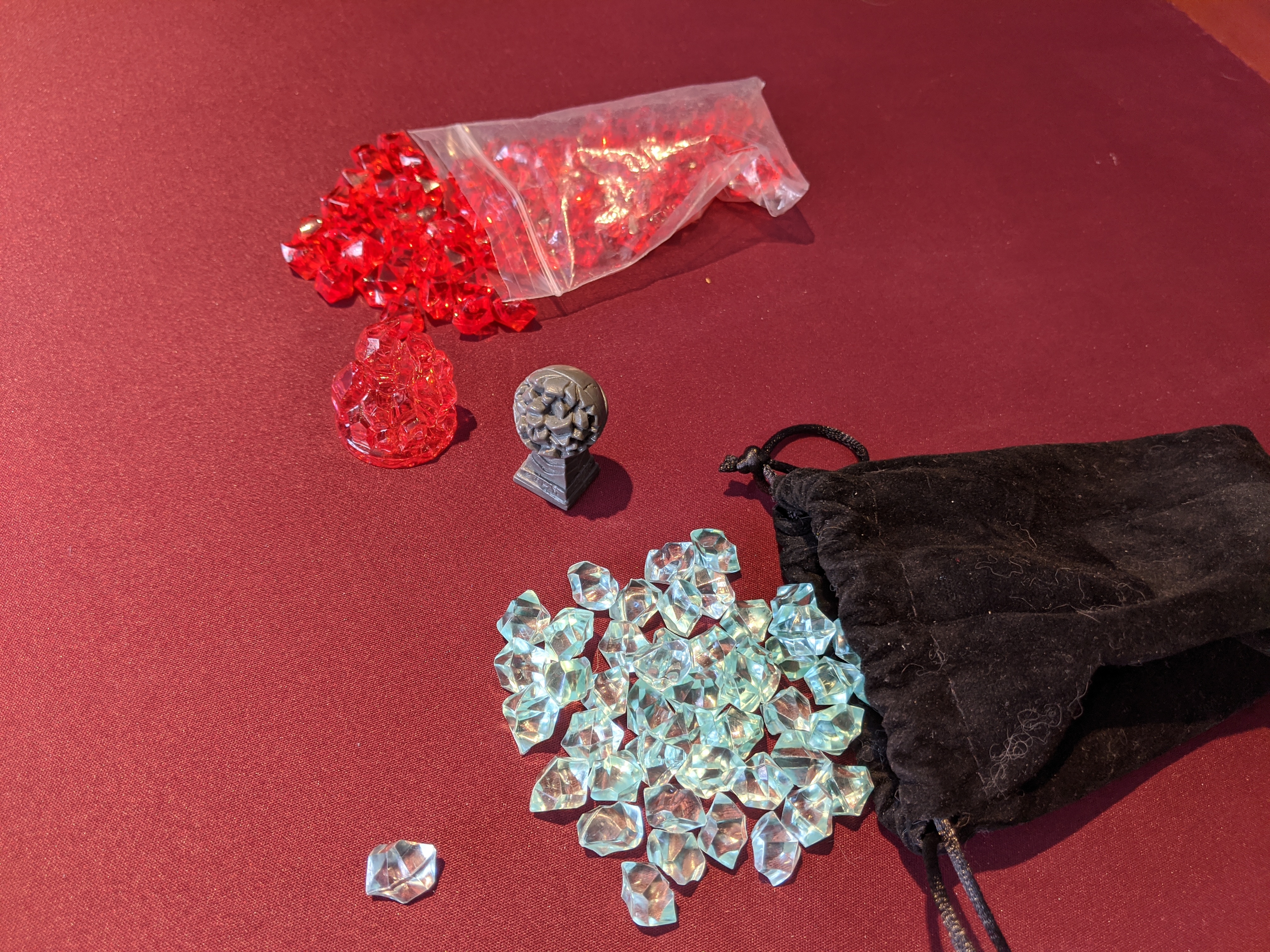 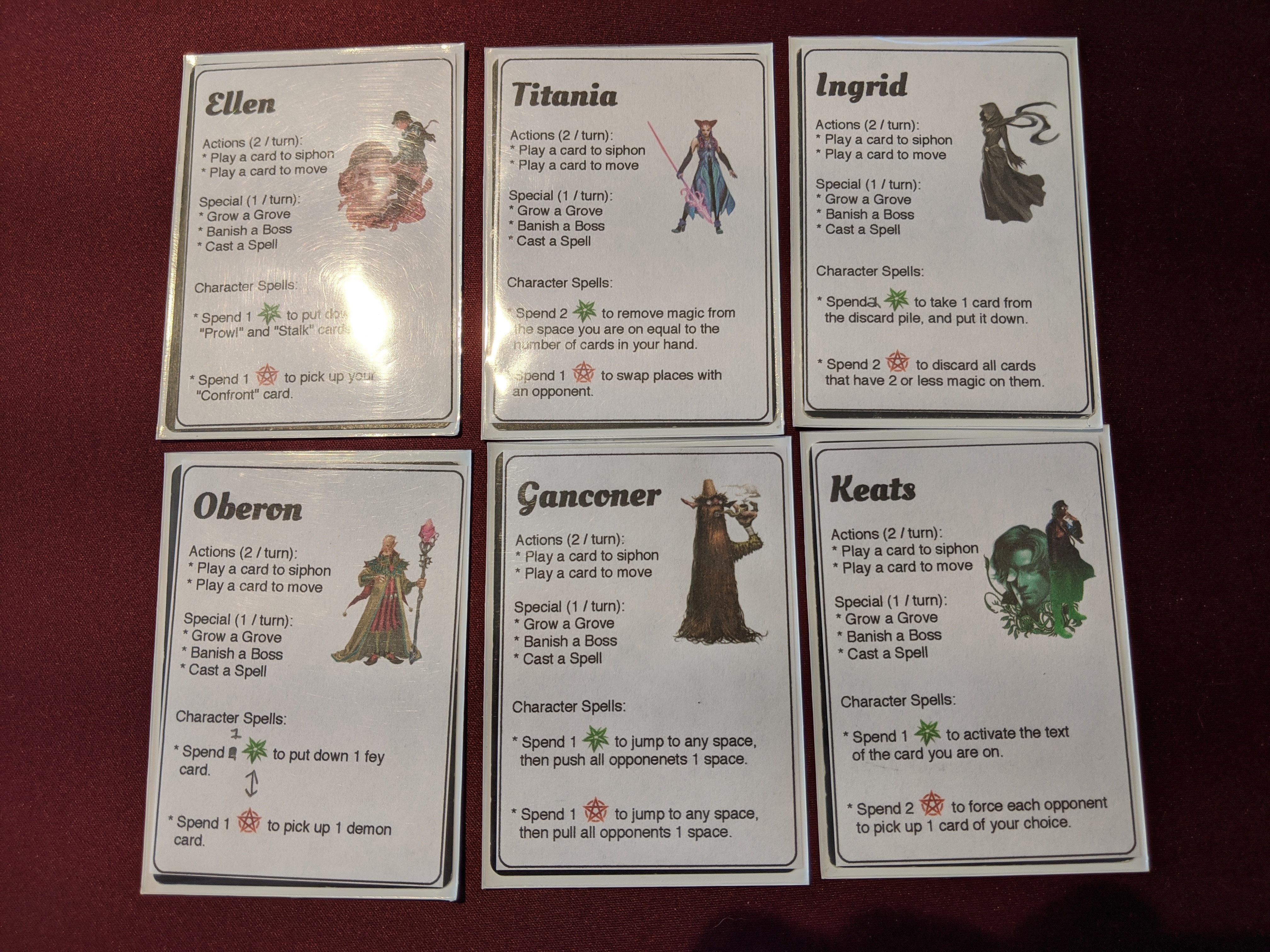 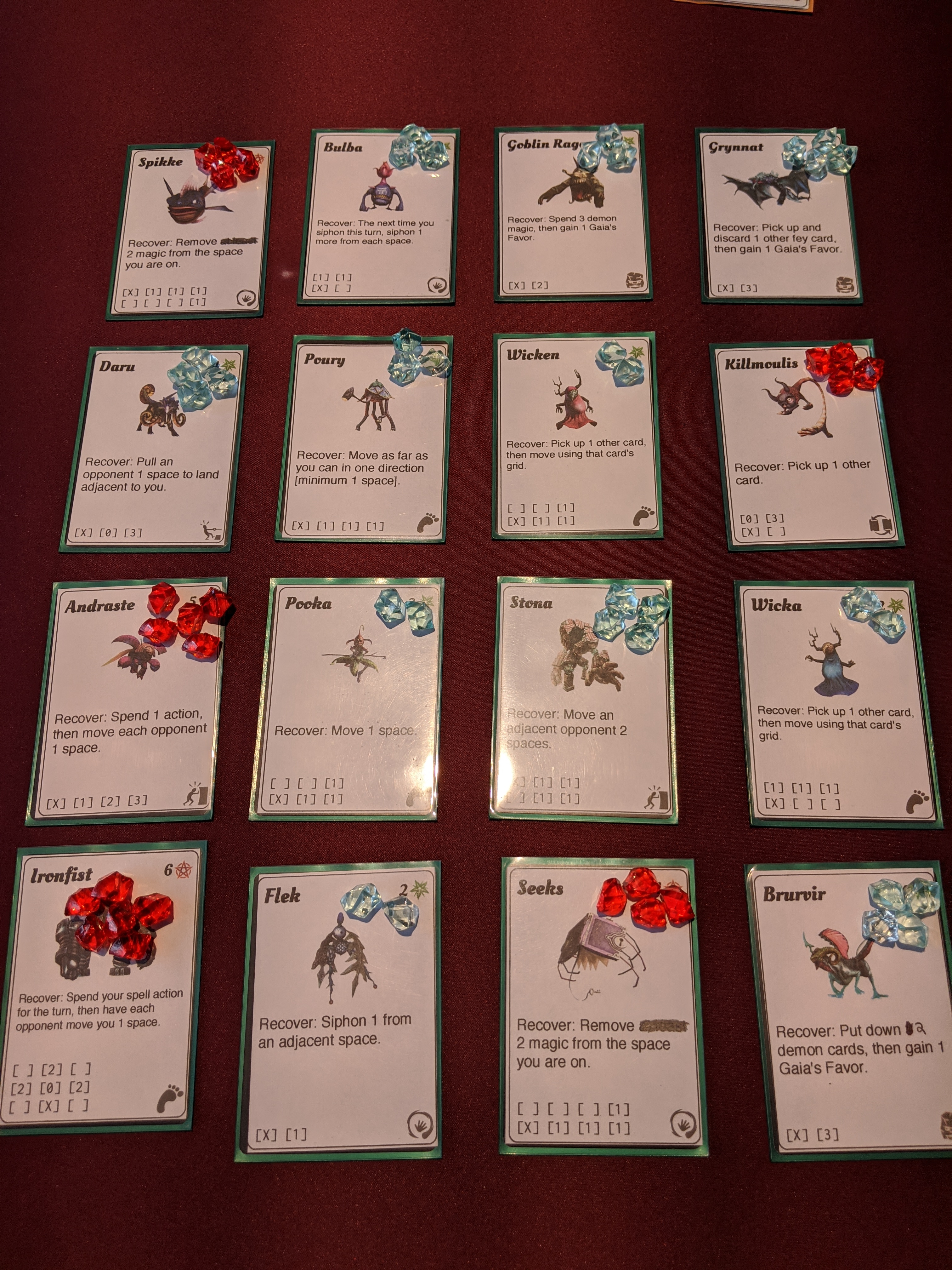 Version 3 introduced the idea of flipping cards over to use abilities. This directly led to what is now the “recover” abilities. 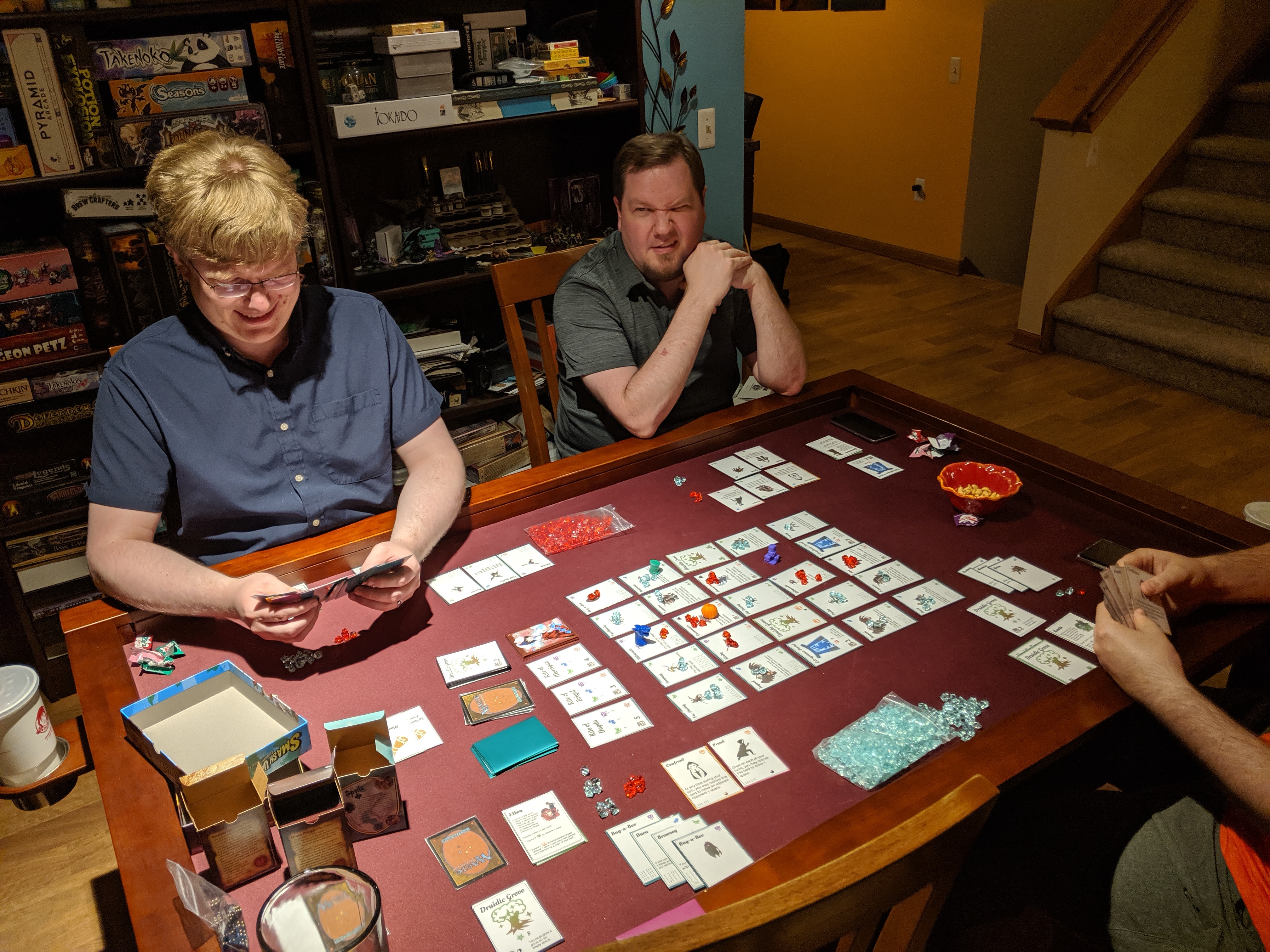 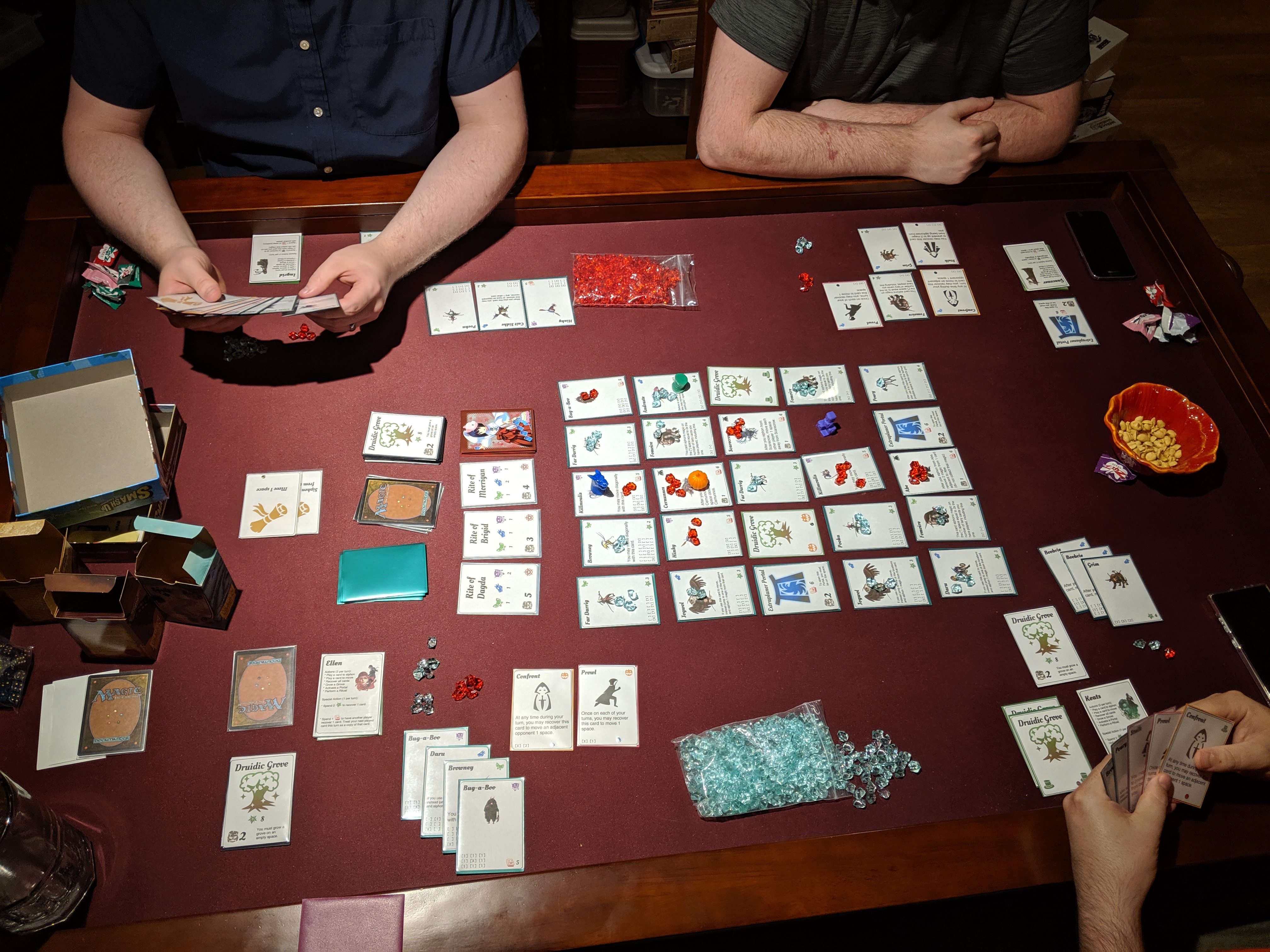 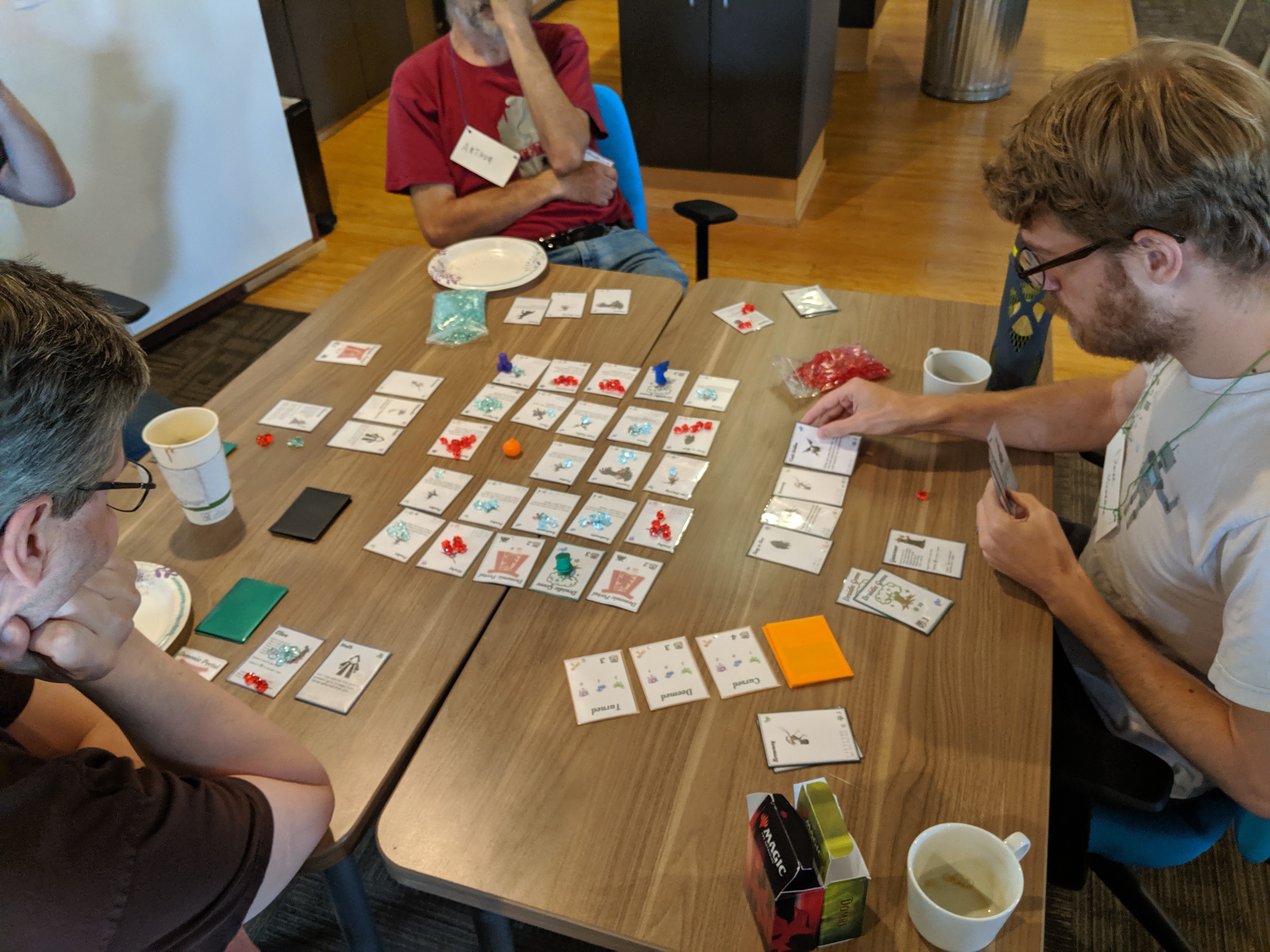 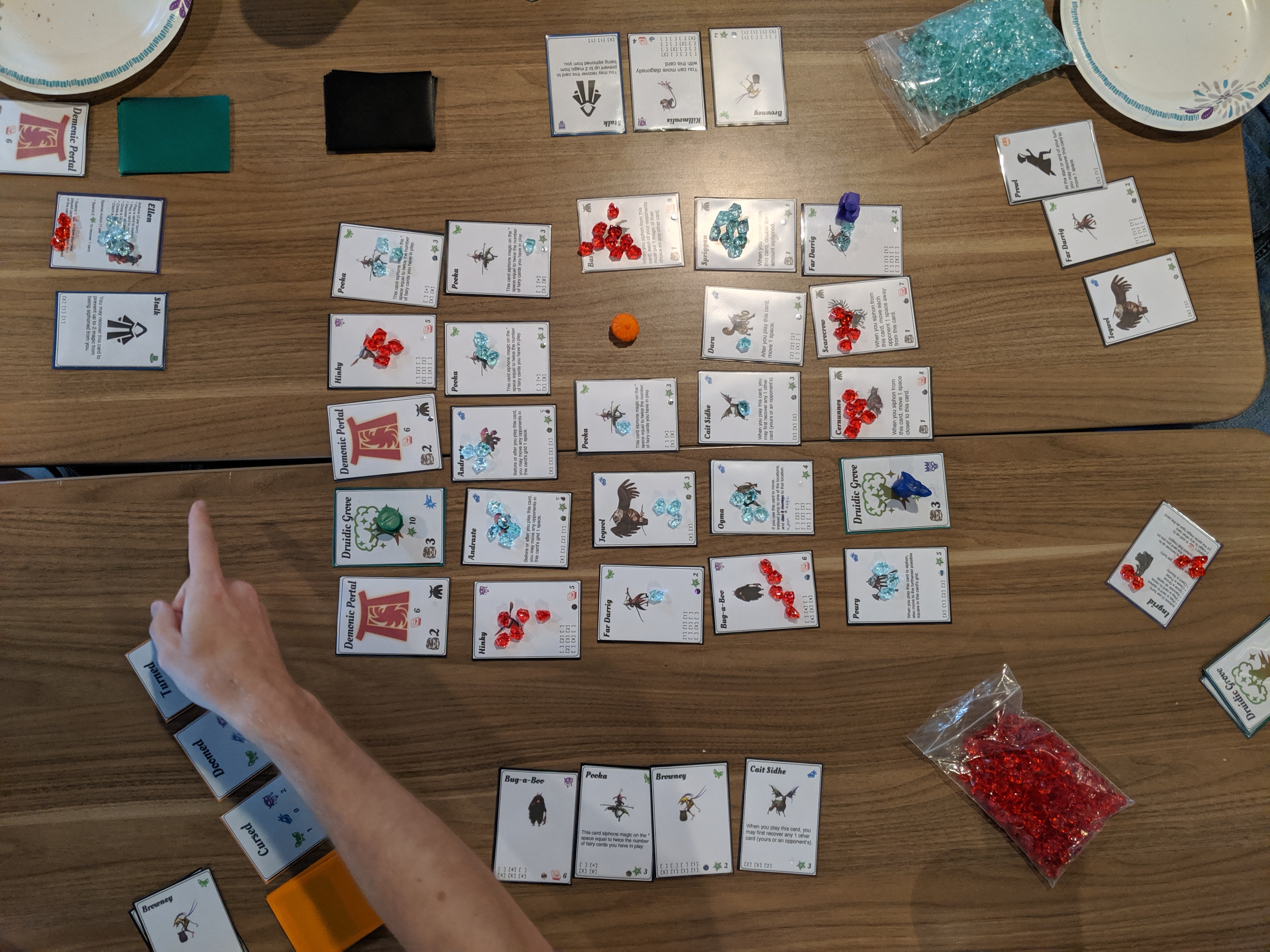 The very first version of Archdruid I played with my family. It only had 1 color of gem, but I immediately knew I was onto something special.